The Brett King podcast with Aidan McCullen of The Innovation Show 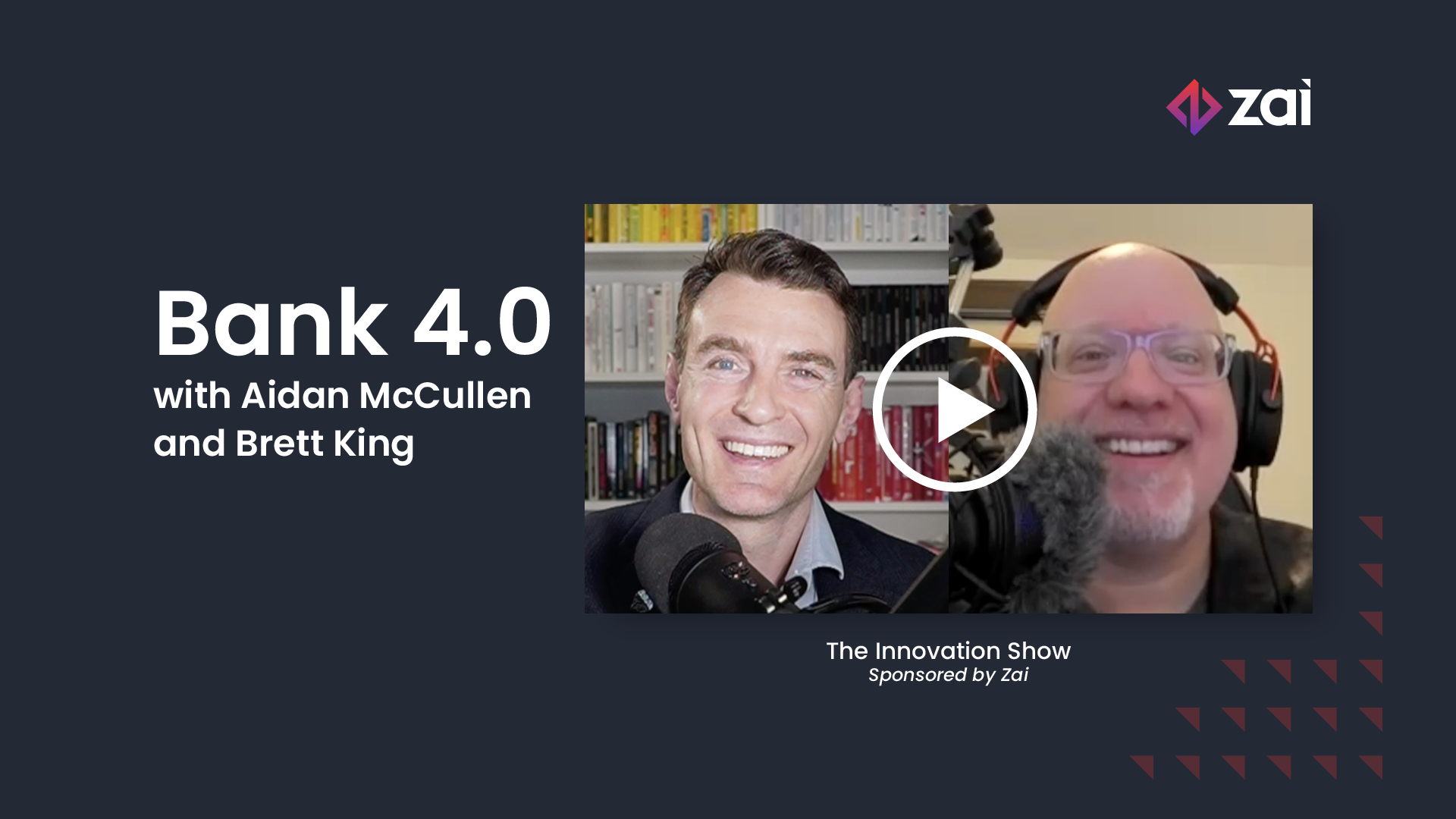 Welcome to the second in our series of specially curated Innovation Show podcasts focusing on the most cutting edge thinking in financial services.

Brett wrote Bank 2.0 in 2009 when mobile had just started to become a significant part of retail banking, and just after the internet had surpassed all other banking channels for day-to-day access. Bitcoin had just launched. Betterment, Simple and Moven were yet to be announced. In fact, FinTech was not yet even a term for most of us. Bank 2.0 was a simple exploration of the fact that customer behaviour was rapidly evolving as a result of technology, and this was creating an imperative for change within banking, which was undeniable.

Bank 3.0 was next , based on the further realisation that you could be a bank based exclusively on emerging technology: “Banking is no longer somewhere you go, but something you do.” Banking was moving out of the physical realm into the digital.

That was more than six years ago. Bank 4.0 was longer coming as the future of where banking would go after the whole multi-channel realisation wasn’t yet clear. It took some incredible changes in financial inclusion and technology adoption via unconventional, non-bank players to create a systemic shift in financial access that would undermine traditional bank models. The unexpected element of this was that the future of banking was emerging out of developing economies, and not the established incumbent banking sphere.

When technology-first players emerged in markets where there were large unbanked populations that had never visited a bank branch, there was no need to replicate branch-based thinking. There was just the need to facilitate access to the core utility of the bank. This, combined with the design possibilities afforded by technologies like mobile, allowed for some spectacular rethinking of how banking could be better embedded in our world. It turned out that these new approaches offered much better margin, better customer satisfaction, engendered trust that was just as good as the old-world incumbents, and offered businesses far more dynamic scaling potential.

Bank 4.0 will be about more than new value stores, payments and credit utility. Bank 4.0 is going to be embedded in cars that can pay in a drive-through without the need for plastic, or autonomous vehicles that generate their own income and pay their own road tolls.

Bank 4.0 is about the ability to access the utility of banking wherever and whenever you need a money solution, in real-time, tailored to your unique behaviours.

Also check out the following related content from Zai:

And of course feel free to find out more about who we are in The story of Zai: a new force in financial services

Fintechs and data protection: make sure your business is protected