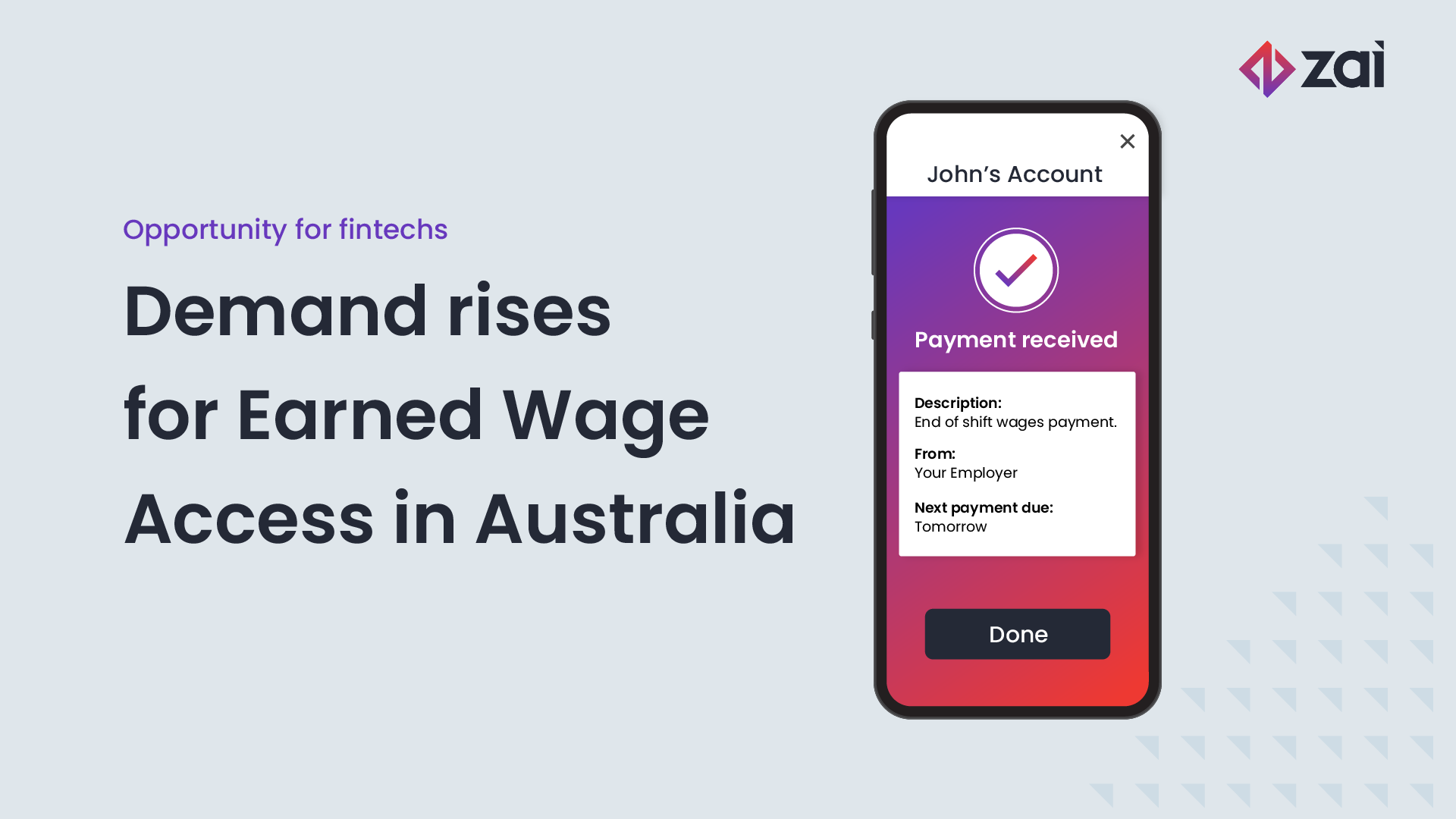 The traditional two-week pay period is ripe for a revolution, and the demand for Earned Wage Access (EWA) in Australia is on the rise.

One in three Australians across all income levels doesn’t have access to $500, while 46% of the workforce lives paycheck to paycheck. These figures indicate a clear potential for disruption and innovation across the payroll and finance industries.

This article discusses the growing trend of real-time wages, assesses the nature of recent demand, and looks at some of the Australian fintechs enhancing their core value proposition and making waves in the EWA space.

Earned Wage Access in Australia: current state of the market

The need for short-term access to cash is highlighted by the mainstream use of Buy Now Pay Later (BNPL) products like Afterpay, which was recently acquired by Square for AU$39 billion. While this acquisition demonstrates the immense value in providing solutions to the payday problem, the intention and impact of EWA is substantially different.

BNPL products are primarily used to drive retail spending, while EWA is set to upend the payday loan industry. Predatory payday lenders cost Australian workers as much as 407% in annual interest to cover the bills and emergency expenses that arise between paychecks. This booming billion-dollar industry traps thousands of lower income workers in a debt spiral every year.

EWA gives employees access to their own money as soon as they've earned it.

Key factors behind the growing demand for EWA

Not so long ago, consumers patiently waited an entire week between episodes of their favourite shows. Since the rise of Netflix and other on-demand streaming platforms, no one thinks twice about watching the entire season over a weekend.

The on-demand economy has exploded over the last decade and had a dramatic impact on consumer expectations. With on-demand transport, food, accommodation, and instant access to information, why should workers wait two weeks to receive the money they’ve earned? Payday was once a rigid date, but some HR experts claim that “pay on the day” will be the norm.

2. COVID-19 and The Great Resignation

A fundamental shift in mindset, values and priorities has been accelerated by the pandemic, and record numbers of workers are resigning to seek alternatives.

The need for real-time pay was brought to the fore in 2020, particularly for Millennial and Gen X employees who had long accepted burnout as the norm. Now more than ever, stressed out workers are questioning the status quo, reconsidering who to trust for financial advice, and gaining clarity on their ideal financial lifestyle.

Flexibility, work-life balance, mental health, and financial wellness are now among the top considerations when it comes to making a living.

While many have struggled to make ends meet throughout the COVID-19 pandemic, a 2019 report compiled by the Consumer Action Law Centre reveals that millions of Australians were falling victim to predatory payday loans prior to 2020.

Between 2016 and 2019, 1.77 million Australians took out 4.7 million payday loans worth an approximate total of AU$3.09 billion. In 2019 alone, the gross amount of payday loans reached AU$1.7 billion and generated AU$550 million in net profit for lenders.

As payday lenders profit by keeping people in financial distress, increasing numbers of socially responsible investors and other critical stakeholders such as consumers and policy makers are rejecting these businesses as acceptable solutions. Advocate groups have called for urgent reform, and claim the government has fallen short on promises to implement more rigorous consumer protection.

''Payday loans are becoming ubiquitous through mainstream advertising and online access, and without action will become the next financial disaster for struggling Australians.''

The rise in demand for EWA is in part due to its potential to disrupt this predatory industry and help reverse the social and economic damage it has caused. Direct to Consumer (D2C) providers like Beforepay, MyPayNow, and Wagepay have the potential to play an important role here.

However, true financial wellness is only possible when user-friendly tools for budgeting, planning, and savings are offered alongside EWA. With loopholes around credit checks, a number of D2C EWA players have come up against some regulatory issues. Full transparency, due diligence and financial education are essential to avoid the regulatory scrutiny that poses a serious threat to consumer trust.

When D2C EWA brands focus on retail spending, rather than bills and budgeting, the defining line between EWA and BNLP may also be blurred.

4. Wage stagnation, inflation and side hustles

Wage growth has hovered around half the expected norm for close to a decade, and according to the Australian Bureau of Statistics, 6.6% of workers are underemployed. Meanwhile, the Consumer Price Index (CPI) rose by 3.5% in the 12 months leading up to the December 2021 quarter. It’s no surprise that nearly 1 in 2 Australian employees are living paycheck to paycheck.

As the cost of living continues to rise , many have turned to side hustles to top up their income. Despite the absence of sick leave, superannuation, and other employee benefits, the gig economy has a few major drawcards.

In addition to flexibility, variety and independence, the platforms underpinning the gig economy can ensure instant and seamless payment of wages, so earnings from gig work are often paid on a daily basis. In the case of Uber, workers can cash out their earnings up to five times a day.

Australia’s AU$6.3 billion gig economy is one of the driving forces behind the rising demand for EWA in Australia. Side-hustlers have gained financial functionality through immediate access to the money they’ve earned, and many are trading in traditional job security for full-time gig work and real-time pay.

To compete in the current labour market, forward-thinking employers are beginning to leverage the technology responsible for this human resources crisis – and it’s working. Dailypay reports that offering EWA almost doubles the number of job applicants, while Wagestream has found that clients who mention them in job listings fill their roles 27% faster.

Employers offering EWA can also expect to see improved performance, lower absenteeism, reduced turnover, and a stronger link between effort and reward. As financially well employees are less stressed, mentally healthier, more loyal, and more productive, providing EWA may prove to be a critical step for employers in these unprecedented times.

The incredible success of Earnd and PayTime show that leveraging the intersection of financial well-being, mental health, positive business outcomes, and integrated tech solutions is the way forward for employer-sponsored EWA providers.

The opportunity for emerging Australian fintechs

Employers are searching for integrated tech solutions to improve employee well-being and reap the benefits, while avoiding administrative headaches, fintechs providing on-demand access to pay are already seeing a surge of corporate interest, particularly in the retail, hospitality and healthcare sectors.

D2C EWA has a valuable place in the market

Regulated D2C providers can ensure all workers have access to safe and empowering financial solutions, regardless of their employer’s choices.

As covering emergency expenses with payday loans can cost workers more than 400 percent in annual interest rates, most won’t mind paying a small transaction fee to access their pay when they need it most.

According to Juri Han from Earnd, EWA in the US and UK is a few years ahead. With the Australian EWA market still in the brand awareness and education phase, Australian fintechs are in the unique position to observe and innovate.

EWA providers will find success in developing innovative technical capabilities to meet this growing need for real-time pay on demand.