Inflation to impact remittance and FX in 2022 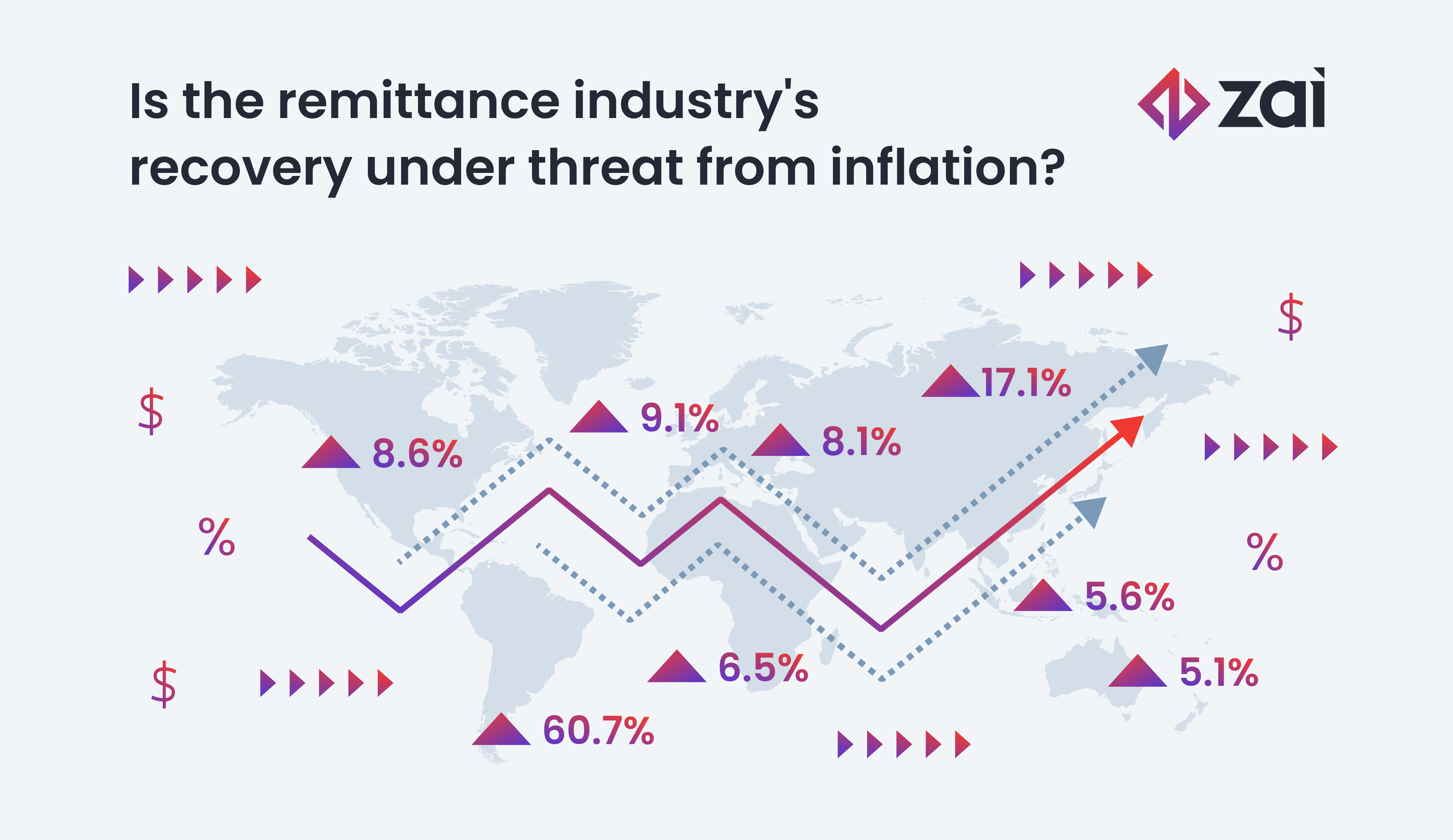 Global inflation rates are on the rise, and for the foreign exchange (FX) and remittance industry - and the millions who rely on its services - this is cause for concern. Among the countries seeing huge leaps in inflation are a number of the world’s biggest remittance senders. The US, the world’s largest sender, registered its highest inflation in over 40 years, as did the UK. While Euro area inflation hit its highest on record, and Russia’s surged to over 17%, its highest for over 20 years.

Why is this a concern? If residents of those countries have less disposable income, they have less to send overseas. Plus, the rise in inflation is also impacting FX, which could lower demand for affected currencies.

This new threat follows the remittance industry's remarkable recovery after a pandemic-induced dip, sustained primarily by a staggering 48% increase in transfers via mobile channels.

But with major currencies taking a hit, inflation biting for consumers and central banks raising interest rates as a result, is that recovery now at risk?

How could inflation impact remittance?

Inflation simply means the rising price of goods and is monitored in each country by a consumer price index. It's often gradually rising, which normally signals a healthy economy with a healthy currency. However, when inflation surges - often caused by increasing demand and decreasing supply - the rise in prices quickly outpaces the rise in wages, which leaves consumers in the impacted country with less disposable income.

Inflation had been steadily rising since the pandemic began, but many, including the US Federal Reserve, considered it transitory. This has proven not to be the case and has worsened significantly by Russia's invasion of Ukraine, as well as additional lockdowns in China. According to Silicon Valley Bank, “prior to the conflict, prices were already stressed from strained supply chains, shortages of computer chips and other intermediate goods, and economy-reopening consumer demand spikes. Additional war-induced disruptions to food, energy, and commodity supplies created the perfect storm for spiralling inflation.”

Although this may stabilise the economy in the long term, this clearly leaves consumers and senders of remittance with even less funds to send overseas, having a clear knock-on effect for remitters, e.g. smaller and fewer transfers.

How does inflation impact exchange rates?

Although not always the case, rising inflation is bad news for the affected country’s currency because it typically indicates a slowing economy. It also shows the currency is less valuable as consumers can buy less with it. This in turn puts off foreign investment - which is often already perturbed by low interest rates - into the currency, causing it to decrease in value.

When governments intervene and their central banks raise interest rates, this tends to give currencies a lift as higher rates attract foreign investment, which increases demand for the currency. We saw this in 2021 and 2022 when the US Fed raised interest rates resulting in USD hitting near record highs.

As central banks begin raising rates, there could be a respite for those working purely in foreign exchange, where the desire for certain currencies will see large swathes purchased by investors. However, general consumers using remittance are unlikely to benefit.

What will happen to remittance in 2022?

Despite rising inflation, global remittance is still growing. Officially recorded remittance flows to low-and middle-income countries (LMICs) are expected to increase by 4.2% and reach $630bn by the end of 2022.

Although this is an overall increase, it's still down on the 8.2% growth seen in 2021. According to a June 2022 report from the International Fund for Agricultural Development, this moderation is taking place as “inflation erodes wages and [...] pandemic-related support programmes end in rich countries.” While the war in Ukraine is also impacting “global figures, [...] triggering a sharp decline in transfers to Russia’s neighbouring countries, where remittances can account for as much as 30% of their GDP.”

So while inflation will have an impact, the remittance industry will persist, buoyed by two main drivers. People’s desire to help those more in need. The conflict in Ukraine is a prime example. Russia's invasion and the subsequent humanitarian crisis has seen remittances rise by 20% this year. Secondly, the technological acceleration in remittance platforms. Its use surged during the pandemic as millions realised faster and cheaper overseas transfers.

As a result, global remittance is predicted to reach US$5.4tn by 2030 as global flows to LMICs remain high.

To find out how Zai helps remitters grow their cross-border business, download the guide below. 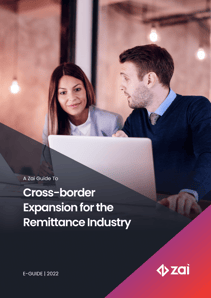 An interview with Aidan McCullen of The Innovation Show

The US payment landscape - numbers and insights