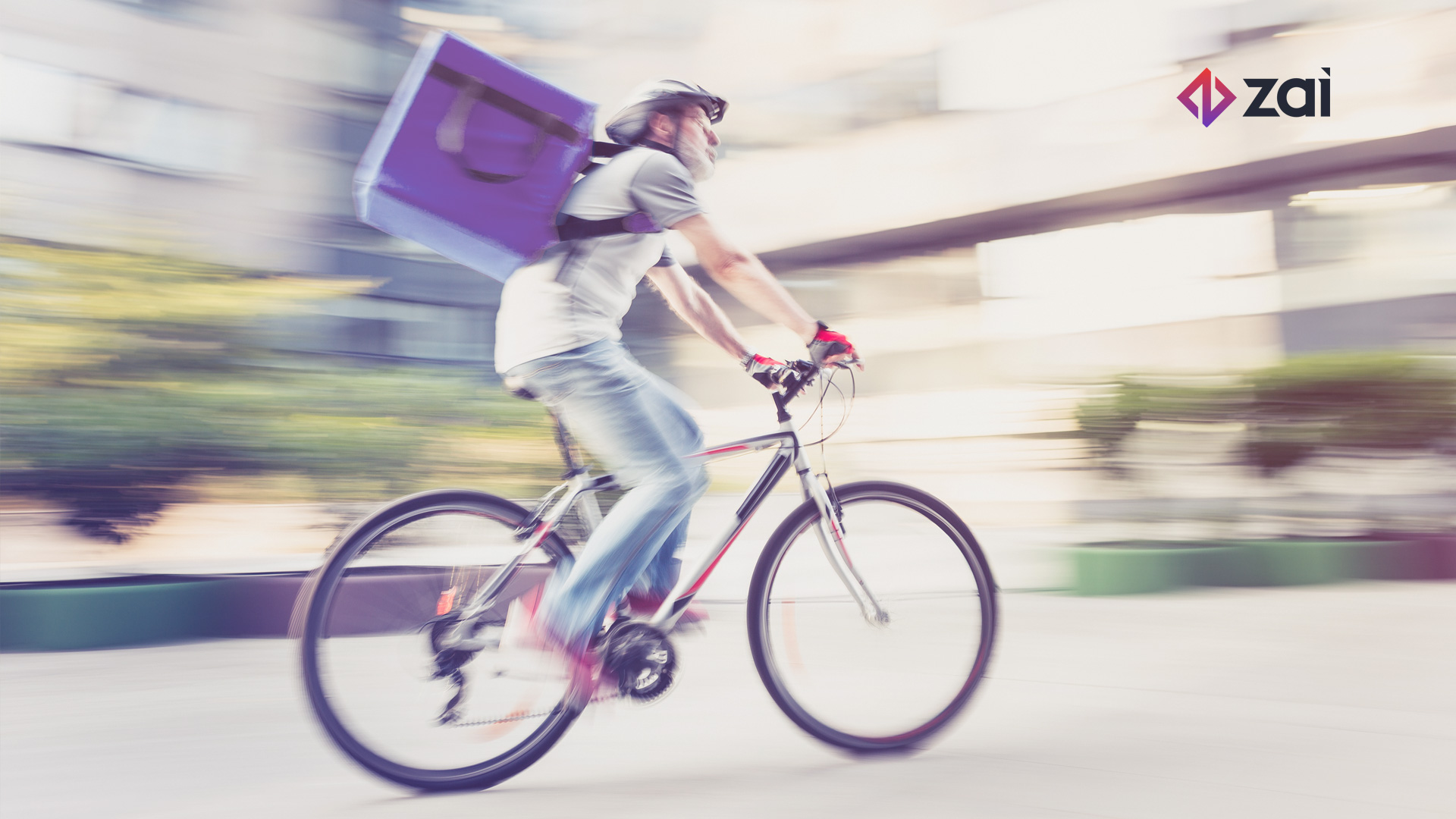 While gig work has a long history, the gig economy has been growing steadily and reshaping the wider economy since the emergence of on-demand work platforms in 2008. In 2021, the global gig economy was worth US$347bn, with almost 90% of this value coming from on-demand transport apps like Uber, and asset-sharing platforms like Airbnb.

During the pandemic, growth in the sector accelerated with gig work heralded as “the future of work”. However, this growth has highlighted the regulatory and industrial relations challenges that threaten this vision.

Referring to the highly profitable business models enabled through app technology and the outdated laws that distinguish between employees and independent contractors, the term “Uberisation" implies the gradual disruption of many industry sectors by the gig economy.

Throughout the pandemic, businesses in the gig economy have responded to high levels of demand and proven their social value during lockdowns. However, gig workers who became ill, or needed to self-isolate, lost income.

While the legal loopholes that deprive gig workers of sick leave, minimum wage and safe working conditions generate high margins for gig platforms in the on-demand rideshare and meal delivery sectors, gig workers, classified as independent contractors, may feel forced to continue working to earn an income despite the health risks.

With over 40 major legal challenges brought to courts by gig workers across 20 countries, governments around the world have been prompted to rethink old employment regulations and tax laws. The European Union, for example, is debating whether to reclassify independent contractors as employees, or impose new regulations for algorithmic management, which would make gig workers truly self-employed by limiting the control platforms have over them.

The UK Supreme Court has opted for a new classification in between employee and self-employed. Now considered “workers”, Uber drivers in the UK have whistleblower protections, minimum wage and paid leave. However, they are not entitled to unemployment benefits and other legal rights given to employees.

While Uber fights against a new state law in California that will require drivers to be classified as employees, the National Labour Relations Board will potentially reinstate a previous standard for determining the independent contractor status of workers. Rather than automatically reclassifying gig workers in the US, the reinstated standard would put more emphasis on the economic dependency between the contractor and the employer.

Rideshare companies have forked out over US$200m convincing US voters to oppose these changes, stating that reclassification would impact the flexible, on-demand nature of gig work that appeals to workers. Not only do these new regulations pose a clear threat to the profitability of these platforms, but they may also represent new limits for growth in what has proven to be a much needed sector of the economy.

The status of gig workers was not featured in Attorney-General Michaelia Cash’s 2020 industrial relations reform event attended by employers, unions, industry groups and government. However, the gig economy will be a key issue at the upcoming federal election after a recent High Court ruling made it easier for businesses to classify employees as independent contractors.

Australian opposition leader Anthony Albanese proposes a complete makeover for workplace and industrial relations laws, including entitlements that move with workers from job to job. Portable entitlements would include annual, sick and long service leave, creating a much better deal for casual employees and improved conditions for gig economy workers.

"If elected, Labor will legislate to ensure more Australian workers have access to employee protections and entitlements currently denied to them by the narrow, outdated definition of an “employee”."

Dr Josh Healy from Melbourne University’s Centre for Workplace Leadership recommends broadening the scope of regulation to cover people’s actual work, rather than their employment type.

Rather than following the US and UK in attempts to reclassify workers, Labor’s proposed policies are in line with recommendations from Dr Healy and his research colleagues. In addition to making inclusive changes to the Fair Work Act, the policies recommend oversight by industrial tribunals to ensure greater job security, collective bargaining rights and access to affordable dispute resolution.

The Labor-led Senate inquiry says the Fair Work Commission should be the main vehicle for reforming the gig economy, but Coalition Senators labelled the report a “stunt” and a “political farce”.

"There will always be a place for genuine independent contractors in Australia's workforce, but governments cannot allow companies to use technological and legal gymnastics to disguise what are essentially employment relationships as something they are not."

New South Wales established a Select Committee on the impact of technological and other changes on the future of work and workers in 2018, and in 2020, the Inquiry into the Victorian On-Demand Workforce published 20 recommendations aimed at better protecting gig workers.

Queensland is to follow Victoria in 2022, and new Work Health and Safety laws in Western Australia recognise modern work relationships by introducing the term “person conducting a business undertaking” and putting the responsibility of worker health and safety on the company.

To ensure gig economy companies have similar obligations across Australia, opposition leader Albanese promises that Labor will “work with state and territory governments, unions and industry”.

Upswing on the horizon for Australia’s labour market

Gig work in the wider economy historically rises alongside an economic downturn, so slack labour markets since the global financial crisis have been ideal environments for gig platforms. However, this is predicted to change over the coming years.

Although real wage growth is currently -1.2%, Australia’s economic recovery is expected to gather momentum throughout 2022. ​​According to researchers at the University of Melbourne’s Centre for Workplace Leadership, an upswing in the labour market could dry up demand for gig work.

"At that point, the business models of these gig platforms could look a bit shaky because they don’t offer ongoing employment, they don’t offer training, and workers are very much left on their own. That could be very problematic if there are better options out there in the labour market."

The fiscal response to the pandemic has allowed strong hiring and low population growth to coincide, creating difficult conditions for recruitment. While businesses struggle to attract and retain talent, there have never been so many jobs available in Australia. By early December 2021 job postings on Indeed’s Australia site were tracking 97% ahead of the pre-pandemic baseline.

Record job opportunities and closed borders have handed Australian workers the best bargaining power in a long time, and to compete in the labour market, traditional companies are redesigning employment packages to include some benefits sought in the gig economy.

These changes in the labour market pose a challenge for companies operating in Australia’s gig economy. In theory, the combination of flexible remote work, earned wage access, paid leave and superannuation may be more appealing than bartering for work on Airtasker or taking health and safety risks to deliver food for half the minimum wage.

In 2020, five Australian delivery riders died on the job in the space of two months, while many more were seriously injured. In addition to public and media scrutiny of the unsafe and unfair conditions of gig workers, platform companies are also accused of undercutting businesses that don’t deliberately evade employee protection.

Identity theft has also been on rise with the growing gig economy, increasing the risk of litigation and damage to an employer’s brand. Similarly, the increase in sham contracting accompanying the wider trend towards more insecure, short-term jobs can have detrimental impact on businesses.

These increasingly negative perceptions around the gig economy in Australia increases the likelihood of legislative reform following this year’s federal election.

The potential rise of platform cooperativism

While still in its infancy, there is a growing international movement aiming to build a fairer future for work. Platform cooperatives do the same work that privately-owned platforms do, but they are cooperatively-owned and operated in the interests of workers rather than the app developers.

While gig economy platforms face ongoing challenges in developing sustainable operations, these democratic and locally-focussed alternatives not only have sustainability built into their structure, but they also retain worker flexibility while returning a greater share of income to workers, increasing labour protections, and enriching local communities.

Given the negative perceptions of gig economy platforms in Australia and the proven need for on-demand local services, the cooperative platforms currently being developed and trialled in communities around Australia could pose a threat to Silicon Valley giants.

The pandemic has shown businesses and employees alike that work is fragile, and the uncertainty endemic in gig work has spread to almost every sector. With high stakes for misclassification, decision makers must exercise due diligence to ensure compliance with new and upcoming changes to Australia’s employment regulations.

To balance growth with sustainable and compliant operations in a changing economic environment, gig platforms can look to partner with regulated third-party innovators who offer fast, secure and efficient tier-one services that are fully transparent and reliable at scale.

Our APIs simplify complex payment flows, helping your business operate more effectively by saving you time and money. We give you a stable, scalable platform so you can handle large transactions reliably as your business grows all while maintaining maximum compliance.

To discuss how we can help you solve your payment needs, contact us here. Or for more information on how payment technology can help you scale your business, download the guide below. 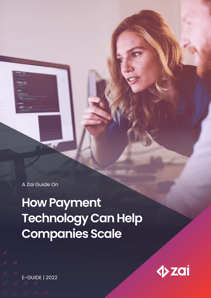 Why paytech is a strategic engine for travel industry growth