Australian e-commerce: 2023 and beyond 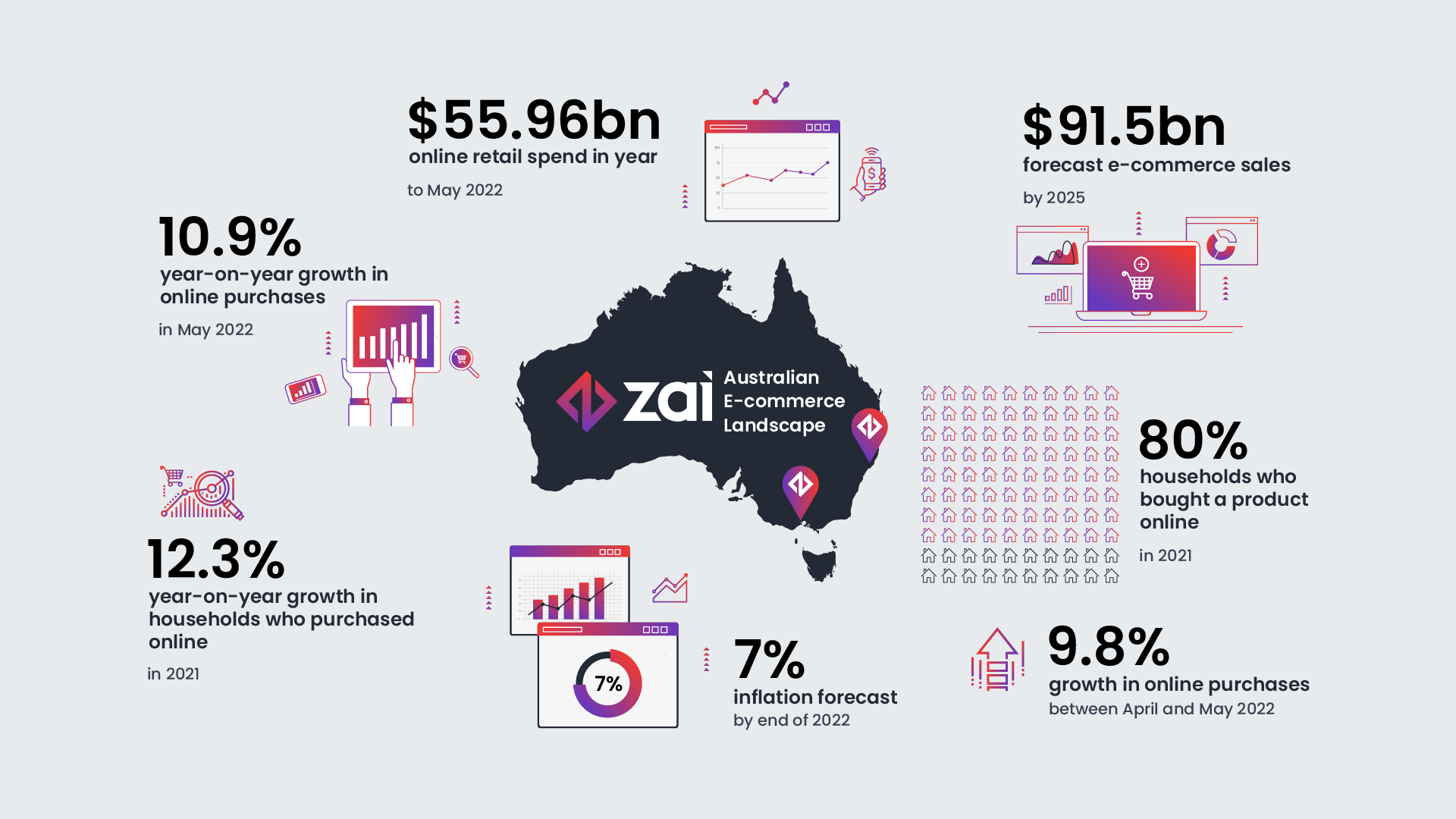 Just as it did all over the world, the pandemic led to an e-commerce explosion down under. In just a few months of lockdown-living, Aussie e-commerce surged to levels not expected until 2023, taking 16.3% of all retail sales in 2020. The forecast before Covid-19 hit was around 12% to 13%. Between July 2020 and July 2021, over 9m families purchased a product online. That’s more than four in five households and 14.6% more households than in the previous fiscal year.

International online retailers and marketplaces with a foothold in Australia benefited greatly. Amazon Australia’s sales increased by 87% from 2019/20 to 2020/21, while Catch and Kogan’s sales increased by 43% and 42% respectively. There were huge hauls for Australian platforms too, with Woolworths, the king of local e-commerce, taking in US$1.7bn in 2020, while Coles Supermarkets Australia made around US$981m - both from predominantly national sales.

To keep up, Aussie SMEs hiked up their digital marketing spend. On average, 74% of SME advertising spend went on online marketing during the pandemic, up from around 67% before, while 34% launched new websites.

These trends changed the way Aussie consumers paid online. After March 2020, digital wallet use increased by 90% to the end of the year. Buy now, pay later (BNPL) services grew in popularity, with market leader Afterpay recording a 15% increase in active customers during 2020.

The overall e-commerce surge carried on into 2021. But as lockdowns lifted, growth slowed slightly as Aussie dollars retreated, to brick-and-mortar stores. Despite this, across the year more than 80% of Australian households purchased something online in 2021, driving national year-on-year growth to 12.3%. While a little subdued when compared to 2020, it was still almost double the pre-pandemic baseline.

But as we cross the 2022 halfway mark, with a global recession looming and inflation biting, do those forecasts still hold up?

Are your expansion plans constrained by cross-border payment processing? 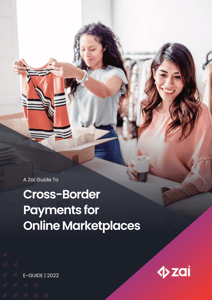 All explosions have an aftershock and the global e-commerce boom is no different. After years of decline, online prices are rising everywhere as supply chain issues and inflation hike up prices for e-commerce businesses. In March of 2022, prices hit a record 3.6% year-on-year (YoY) rise. However, in May these had steadied out to a still worrying 2%.

As June 2022 draws to an end, this doesn’t seem to be having an immediate impact on the number of Aussies shopping online. Each month in 2022, an average of 5.4m households have purchased something online, the same average monthly participation as in 2021. There even seems to be steady growth and in May, online purchases grew 10.9% YoY; 9.8% higher than in April.

However, according to the latest National Australian Bank (NAB) Online Sales Index, a decline is starting to show. In May, on a month-on-month, seasonally adjusted basis, growth for the NAB Online Retail Sales Index contracted by -0.9%, following on from a significantly revised -1.3% contraction in April. Other than a brief respite in January 2022 following a new wave of Omicron, this drop in growth has been a trend since October 2021. According to Alan Oster, NAB’s Chief Economist: “This coincided with the ending of lockdowns in the larger states, supporting the broader rebound in instore retail sales. In year-on-year terms our series remains positive, albeit slowing.”

Currently, however, there’s no reason to panic. Instead, Oster suggests, the drop should be contextualised by looking at similar indexes overseas. “The UK measure (BRC), for example, indicates UK online retail sales contracted again in year-on-year terms.”

Taking a deeper dive into those numbers, the strongest contributors to the index were department stores, grocery and liquor, and takeaway food. These three categories make up about 40%, but have contributed about 60% of the growth. In contrast, homewares and appliances, the largest sales share category, contributed much less to growth than its proportion of the index.

Considering the increase globally in shipping costs, it’s not surprising that international online retailers are being more impacted, and their contraction in growth was larger in May.

Despite all this, wider retail spending is starting to soften. “It is likely that inflationary pressures and concerns over the future direction of borrowing costs are beginning to weigh on the consumer,” says Oster.

Is it possible that in time this will trickle down to online spending? Especially considering Aussie inflation is predicted to hit 7% by the end of the year.

Despite the threat of a downturn, forecasts for Australian e-commerce remain high - if a little conflicting. In 2020, estimates from the International Trade Association predicted the market to grow to US$32bn by 2023. GlobalData, a leading data and analytics company, more recently estimated it'll reach A$91.5bn (US$70bn) by 2025.

To date, there hasn’t been an altering of these forecasts. However, this is down to a lack of current data to amend the models and a high level of economic uncertainty worldwide.

What’s not in doubt is that the landscape through the final months of 2022 and into 2023 and beyond will be tough to navigate.

According to Deloitte, “the inflation challenge is now a reality, such that the majority of turnover growth over the next few years is expected to be driven by prices rather than volumes.”

Consumer Price Index (CPI) growth for non-discretionary goods and services is also up 6.6%, which will leave consumers with less discretionary cash, leading to lower lifetime value of customers and higher acquisition costs as businesses vie for a reduced consumer base.

Add all this to spiralling shipping costs and global supply chain issues and it might not be too long until we see those forecasts altered.

Download our guide to make the most of marketplace opportunities coming this year and in the future.

Maximise the potential of your payment offering with our guide